Hi guys! Welcome to Week 5 of the Pot Holders Galore Crochet-along. Since this is the final week of the crochet-along, I wanted to do something special. This week, there are 2 pot holder patterns to choose from: The Simply Daisy Pot Holder and the Afternoon Tea Pot Holder. You can make 1, or both, it’s up to you!

You can find the free pattern below, the ad-free printable PDF here, and the complete video tutorial below. I’m excited to see how your pot holders turn out.

The materials section contains affiliate links that support the content on ThisPixieCreates. If you make a purchase through one of my affiliate links, I may receive a small commission, at no cost to you. Thank you so much for your support!Find more information about affiliate links, as well as my Privacy & Disclosures Policy here.

Pinning this pattern really makes a difference because it helps get the pattern circulating, so other crocheters see it. Thank you for taking the time to pin this pattern!

How to Customize the Size of your Afternoon Tea Crochet Pot Holder:

If you would like to make a different sized pot holder, you can find customization instructions HERE.

*The Ad-free Printable PDF for the Crochet-a-long includes written instructions for all 6 patterns, step-by-step pictures, links to the video tutorial, and is ready to print and use! Each week, the next pattern will be ready to download.

Each spike stitch is a long / extended single crochet worked into the st two rows below.

A sc2tog is a stitch that joins the left and right legs from 2 spike stitches into one stitch to create a triangle pattern. stitches together to make 1 single crochet stitch. Each sc2tog happens above a sc from the previous rnd. There will be two Spike sts on either side.

The first st of each rnd is always the SAME st that you made a sl st into when ending the previous rnd.

For Rnd 5 and every odd rnd after, each Spike should be placed between the Spike sts 2 rnds below (on the front AND back side). There are arrows to show you the positioning of these stitches. To get the stitches positioned correctly, you can check the back side after each st to make sure. I also find it helpful to place my middle finger along the back side and feel for the space between the triangles (arrows in picture 2), then insert the hook into that space to complete the Spike.

Keeping Track of the Number of Rnds:

If you accidentally lose count of your rnds, don’t panic! It’s easier to count the rnds on the WS of the pot holder. Start at the first rnd of Spike sts (this is Rnd 3), and after that, each rnd of Spike sts counts as 2 rnds. So the next Spike sts will be Rnd 5, then Rnd 7 and so on.

Here is the complete video tutorial for the Afternoon Tea Crochet Pot Holder. It walks you through Rnds 1 – 6, fastening off and folding your pot holder.

*Note: The Afternoon Tea Crochet Pot Holder is completed the same way as Week 1’s Fairy Dust Pot Holder, so please reference the video tutorial here for weaving in your ends, seaming, and adding a ch-circle. There are timestamps in the video, so you can skip to the part(s) you need.

Note: For Rnd 3, each Spike is worked into the starting ch.

Tip: If you’ve done this rnd correctly, the spike stitches should line up with each other (Picture 5).

Fasten off, and leave a long tail (approx. 12”) to seam the pot holder together. Weave in the ends, except for the long seaming tail.

Folding, Seaming, and Adding a Ch-Circle

The Afternoon Tea Crochet Pot Holder is folded and seamed the same way as Week 1’s Fairy Dust Pot Holder, so please reference the photo tutorials and instructions included below.

Before folding your pot holder, make sure that the RS is facing outward, and the WS is inside the pot holder. Place one hand on each side of the pot holder. Push the sides down into the center to make a square that meets on a diagonal.

Note: Since the seaming tail is in the center of the diagonal, seam the left side of the pot holder first, then seam the right side.

This the final pattern of the Pot Holders Galore Crochet-along. Thank you so much for crocheting along with me.

If you have any questions as you work through the pattern, please reach out to me. I am happy to help! Send me an e-mail through my contact page or ask in the Facebook CAL Group.

Congratulations! You just finished your first Afternoon Tea Crochet Pot Holder. I hope you enjoyed making it as much as I did.

Check out some more fun and budget-friendly crochet patterns on the blog.

Disclaimer: You are welcome to sell items that you’ve made from this pattern; however, you are not allowed to use my pictures or sell my pattern as your own (Copyright @ ThisPixieCreates).

Please share pictures of anything and everything related to the Pot Holders Galore Crochet-along in the Facebook Group HERE. I cannot wait to see how you take this pattern and make it your own.

If you prefer to participate on Instagram, please tag me @thispixiecreates or use the hashtag #potholdersgalorecal.

I hope you have an amazing day! 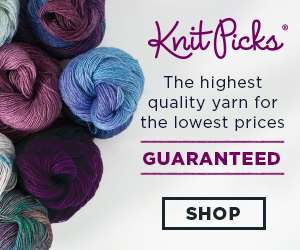 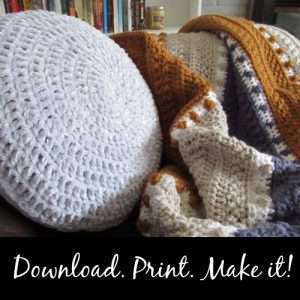